Coba is beautiful and mysterious – a visit here requires some effort but is very worthwhile. Its name means “ruffled waters”, derived from the five lakes in the vicinity, and it is one of the oldest Mayan settlements on the peninsular. It also has the highest pyramid in the area and the greatest concentration of sacbeob (Mayan roads constructed from stone. Singular: sacbe) , both of which suggest a major city – yet the ruins were not discovered until the late 19th century. Even today, only a small fraction of the many structures in this vast site have been excavated and this, together with the remoteness and jungle setting, contribute to the feeling of exploring new ground.

There is a collection of wooden stalls selling artefacts and refreshments around the entrance to the site. There are no other refreshments available on the site, so stock up here and prepare for walking through the jungle with good shoes and lots of insect repellent.

You will need to walk at least 3km to see the biggest pyramid; the main routes are on wide, well signed paths but there are many smaller tracks leading into the jungle which you may wish to investigate. Some are visibly very short but for others a guide (there are usually several around the gate) is advisable.

For the less energetic, bicycle rental and even tricycle “taxis” are now available, offering a novel way to tour the extensive site.  Children often love these methods of transport and they make a visit to the ruins much easier for families.

Allow at least half a day to see the main structures and try to avoid the heat of the day. There are few crowds here, as Coba is not on the main tour bus routes, and any other travelers you meet will be of the serious kind rather than the bikini-clad tourists at Tulum. Opening times are the usual 8.00am to 5.00pm. Toilet facilities by the entrance are basic but clean, a small fee is charged for their use.

Coba was a thriving city from around A.D.600, although it had been settled for around a thousand years before this date. It is more similar to Tikal in Guatemala than to its Mayan neighbors, and depictions of female Tikal royalty on several stelae found here have led to speculation that there was at least one marriage between the royalty of the two cities.

Another interesting feature of Coba is the convergence of around forty sacbeob, built by the Maya, one of which has been traced a distance of 60 miles (100 km). Each sacbe was constructed with stones to a height of one to two meters and then covered with white mortar. Their purpose is puzzling as this civilization had no wheeled transport and had yet to see the horse, but may have been built for religious processions and pilgrimages

The first group of structures (Groupo Coba) is within view of the entrance. Here is La Iglesia, a pyramid over 65 ft (20 m) high and the second largest at Coba. The steps are steep and crumbling, and climbing had been prohibited on our last visit.

Back on the main path, follow the signs to Nohoch Mul, the largest pyramid, over a mile (nearly 2 km) away. The walk is interesting as there are several stelae, protected by palapa roofs, shown where they were discovered and there are many more unexcavated mounds along the way. This is also a good chance to observe the jungle life; butterflies, birds and insects abound but the path is wide and foliage well cleared.

Nohoch Mul is a staggering 136 ft (42 m) high and towers above the jungle. The steps are disintegrating in places (look for shell-like carvings in others), but climbing the pyramid is not too difficult. Descending is more so, but rest for a while at the top and admire the scenery – miles of jungle, lakes and a good view of the site as a whole. The temple, which crowns the pyramid, was added later and is similar in style to those at Tulum; there is a carving of the descending god at the entrance.

On the way back from Nohoch Mul, another smaller path leads to Conjunto Las Picturas (Temple of the Paintings) where fragments of color can be seen in some murals at the top of a four tiered pyramid. As you return, look for remains of sacbeob along the path and ponder the mysteries of Coba. 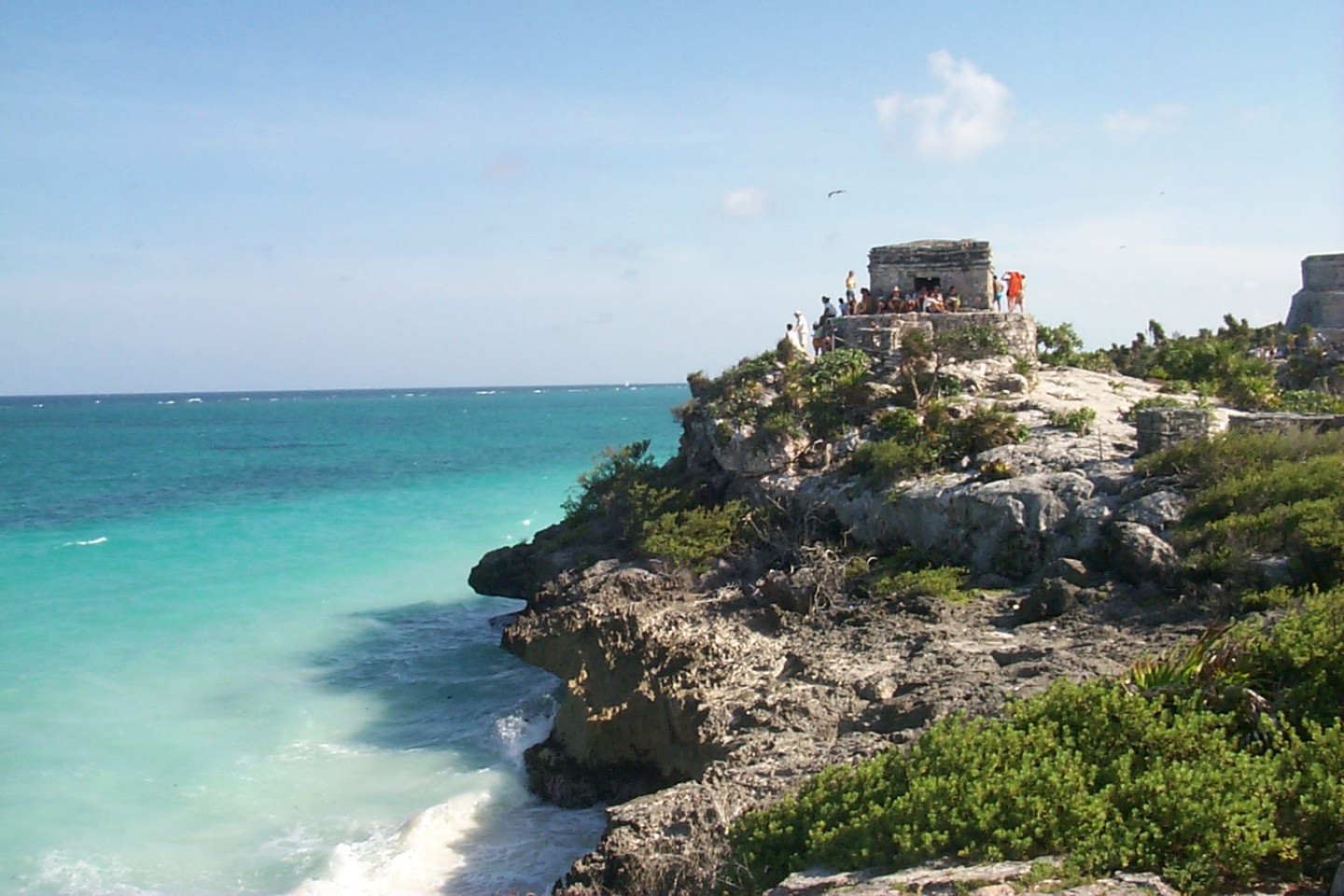 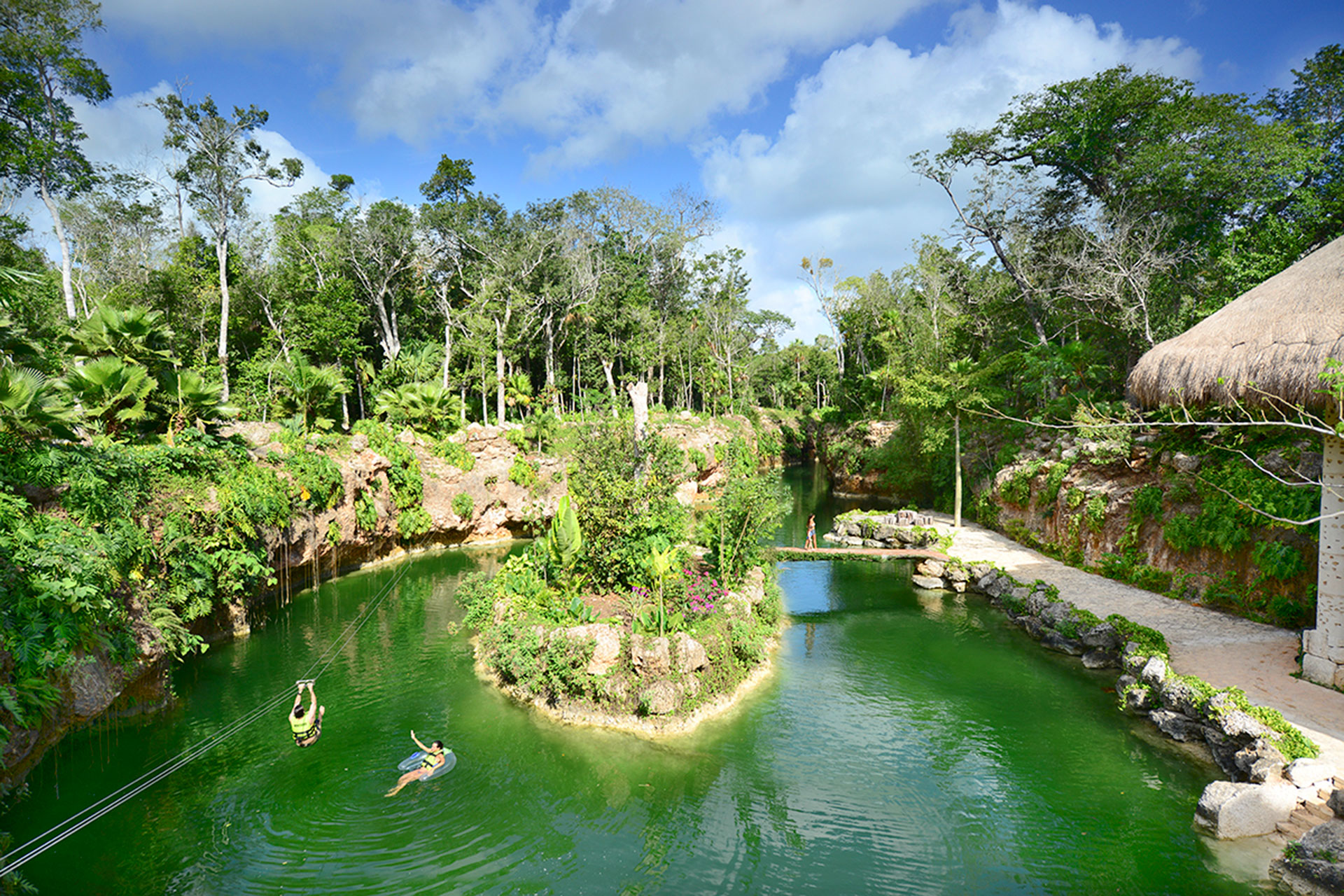 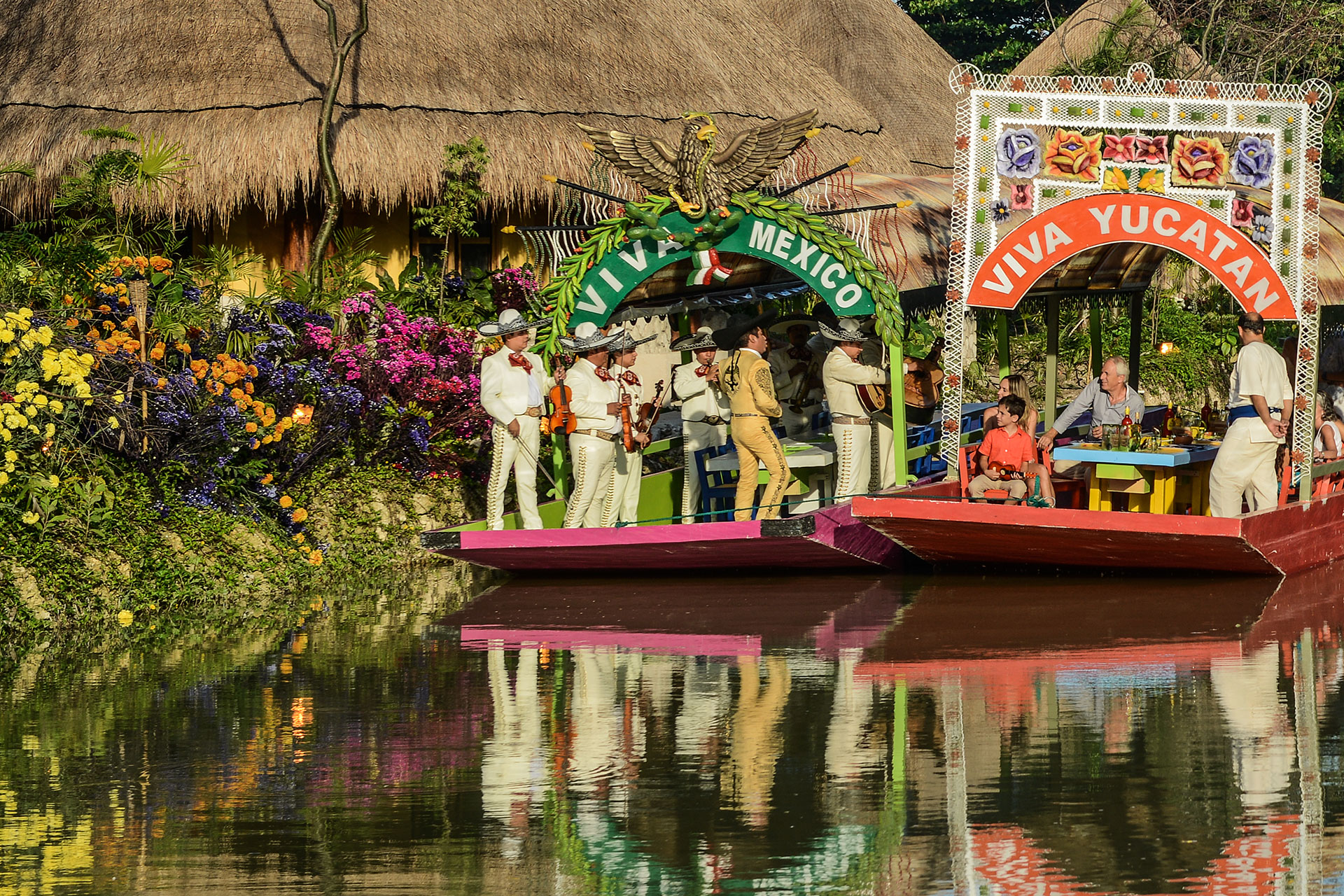