Mexico’s second biggest city, and the birthplace of mariachis and tequila

Guadalajara is the second biggest city in Mexico and many visitors are initially put off by the urban sprawl that surrounds the historic center.  But the city is also the home of many of Mexico’s greatest traditions, including mariachi music and tequila, and has a cultural richness that belies the initial appearances.

Most of the city’s highlights are contained within the core of the historic center and can easily be explored on foot.  If your visit is mainly for sightseeing, then we recommend that you stay close to the center as the traffic can be heavy.  If you are passing through Guadalajara with a rental car then we’d recommend staying slightly out of town in order to avoid driving into the center (it’s more enjoyable to leave your car at the hotel and pick up a cab into town).

The Cathedral.  Construction of this massive building began in 1558, and, whilst it was consecrated in 1616, work continued in a variety of architectural styles until well into the 19th century. The end result is impressive and the interior boasts the only gothic design in a Mexican cathedral. Note the eleven altars, ten of which were given by King Ferdinand VII of Spain. Outside, the two towers dating from 1848 were added after an earthquake destroyed the originals; they were reputedly inspired by the design on a Staffordshire dinner service.

Plaza de Armas and Palacio de Gobierno.  South of the Cathedral, the Plaza de Armas has shady trees, iron benches and a bandstand. On the square is the historic Palacio de Gobierno, completed in 1774 in a variety of architectural styles and including ornate gargoyles above the façade. This was Miguel Hidalgo’s seat of government from 1810-11 and it was here that he declared the abolition of slavery. The event is commemorated by the dramatic murals of Jose Clemente Orozco, including the famous portrayal of Hidalgo as the liberator, with torch and arm held high above scenes of despair. See the murals between 9:00am and 9:00pm. 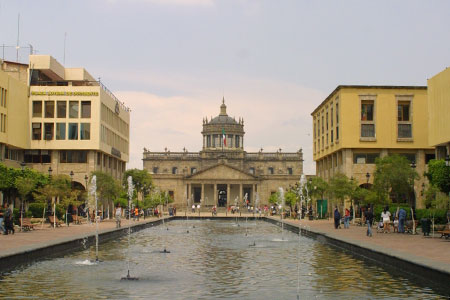 Rotonda de los Hombres Ilustres and the Regional Museum.  The circular monument north of the Cathedral is actually a mausoleum for Guadalajara’s most famous sons. It is surrounded by eleven bronze statues, including poets, composers, authors and historians in addition to military heroes. On the east side of the plaza is the Museo Regional de Guadalajara, one of the country’s major museums and well worth a visit. It is open from Tuesday to Sunday between 9:00am and 3:45pm and includes an ethnography section.

Plaza de la Liberacion and Teatro Degollado.  Plaza de la Liberacion, east of the cathedral, was created by flattening several old buildings behind the cathedral and adding trees and fountains. It stretches down to the Teatro Degollada, Guadalajara’s opera house and one of the finest theaters in Mexico. The magnificent frieze above its columns depicts Apollo and the nine muses. Don’t miss the opportunity to see a performance in its lavish interior, where in 1966 Placido de Domingo featured in a centenary performance of Donizetti’s Lucia de Lammermoor.

Plaza Tapatia This is a modern plaza, created for the enjoyment of the Tapatios, as inhabitants of Guadalajara call themselves. It stretches for half a kilometer to the Instituto Cultural de Cabanas and along its length you’ll find modern shops and restaurants. It’s a great place to watch the local people meet and relax.
Parque Agua Azul. At the south end of Calzada Independencia is the oldest and largest of Guadalajara’s parks. It includes a children’s playground and orchid house. Visit the park between 10:00am and 6:00pm Tuesdays to Sundays. On the east side of the park the Museo Infantil includes topics of space and prehistoric animals designed for children and is open weekday mornings. If you are visiting with children, you should also consider a trip to the zoo and Selva Magica (a children’s amusement park) in the northern outskirts of the city. 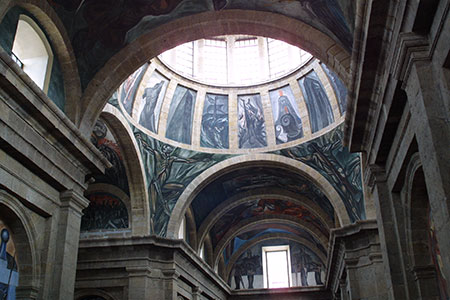 Hospicio Cabanas. This beautiful building was actually built to house an orphanage founded by Don Juan Cruz Ruiz de Cabanas. It was designed by the Spaniard Manuel Tolsa and completed in 1810. Thousands of children from underprivileged backgrounds were cared for here until the orphanage was moved to a newer building in 1983, though the building was also used on occasion as a prison or barracks. These days it houses a museum, theater and school. Some of Orozco’s finest murals can be seen in the chapel, these were painted between 1936 and 1939. Visitors can enter the building between 10:15am and 6:00pm Tuesday to Saturday; 10:15am to 3:00pm Sunday. There is a small admission fee except on Sundays.

The Plaza de los Mariachis, allegedly the birthplace of mariachi music, is at the intersection of Avenida Javier Mina and Calzada Independencia Sur. We like to visit this plaza in the early afternoon to catch the mariachis relaxing together. The best time to hear them play is in the evening, but the immediate area can be uninviting in the dark.

San Pedro Tlaquepaque. Once an affluent village popular as a weekend retreat for rich Tapatios, Tlaquepaque is now a suburb in the south east of the city. Tourists flock to its pretty streets for the artisans’ galleries housed in grand mansions – prices are high but so is the quality. Look for ceramics, weaving, glass and other crafts. You’ll find many restaurants and bars in the colonial streets too.

Tonala. Tonala is a little more low key than its more famous neighbour, Tlaquepaque, but is worth a visit for its huge market on Thursdays and Sundays. There are also many artisans outlets billed as ‘factories’ offering good quality products.

Tequila. The town of Tequila, about 30 miles northwest of Guadalajara, can be reached by regular bus from the old bus station in Guadalajara. Tours from Guadalajara operate by train (The Tequila Express) or by bus and include a visit to the distillery, dinner with mariachi music and, of course, lots of tequila. 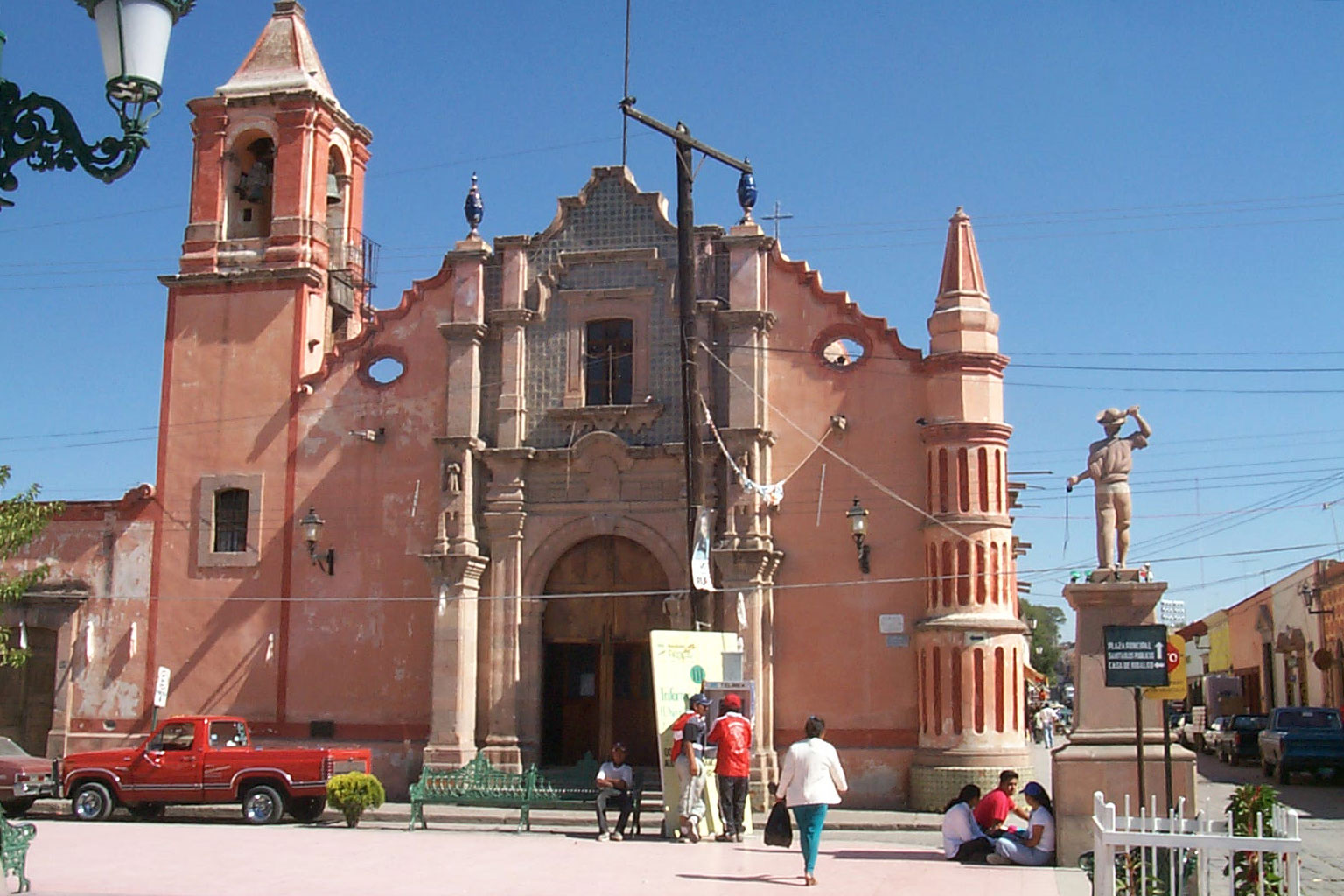 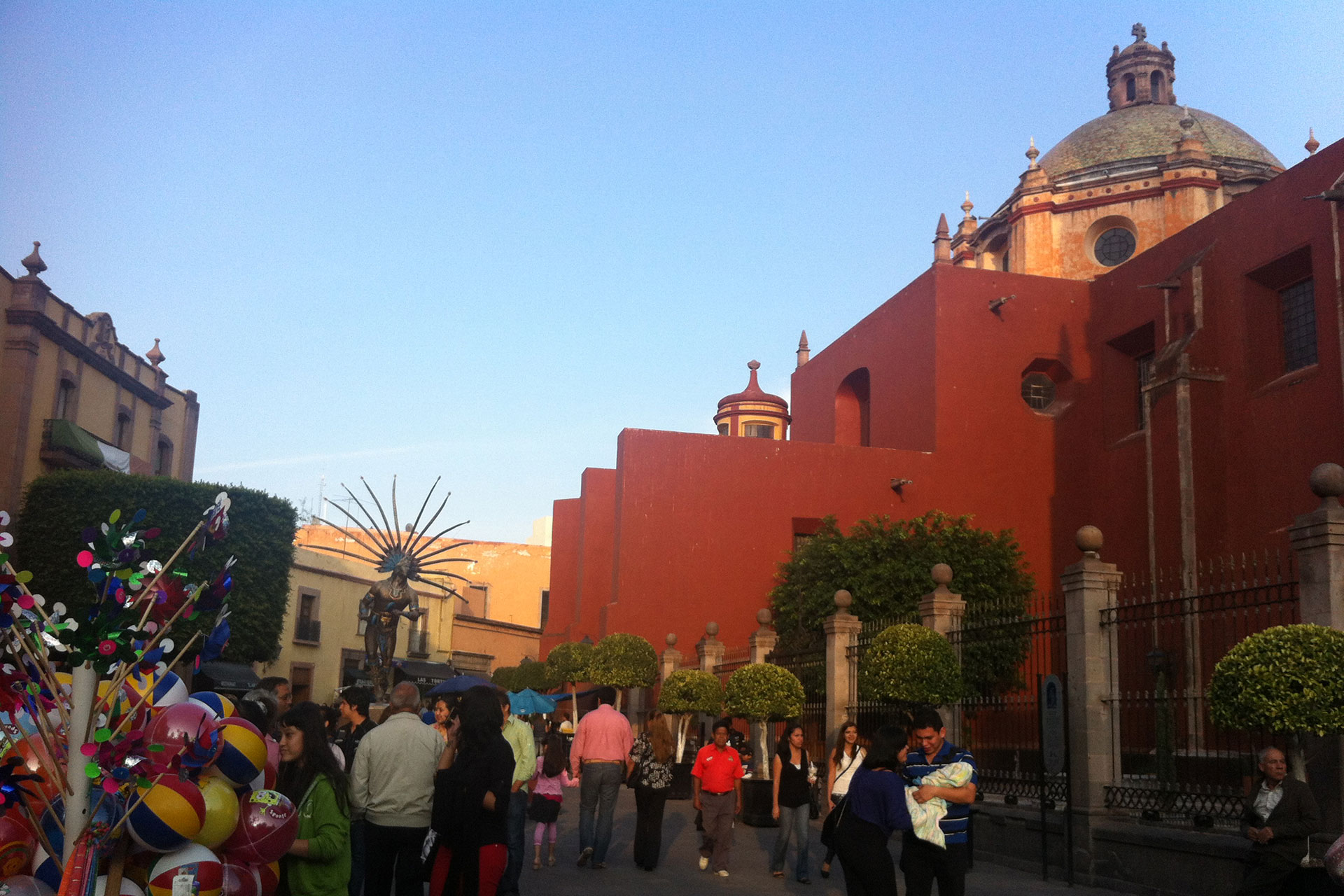 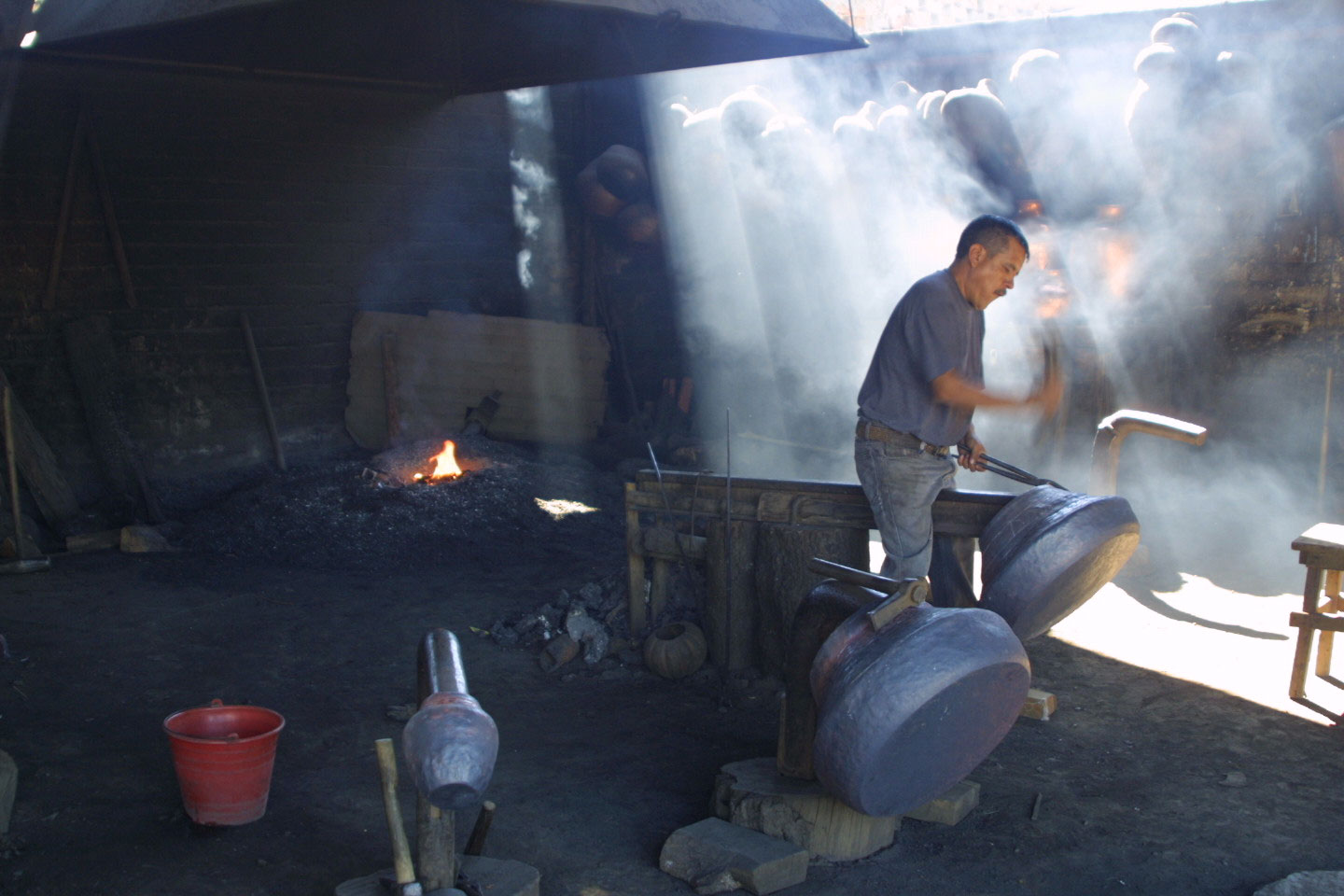