Tulum is the most visited of the Maya sites in the Yucatan and not only because of its proximity to Cancun. Although the Tulum ruins are structurally less impressive than Chichen Itza or Uxmal and much less extensive, they have the azure Caribbean as a backdrop – a startling contrast, and heaven for the photographer or artist. Because the area is small and there is comparatively little climbing involved, you can gain a fair appreciation of the site in a couple of hours.

The most important contribution to your enjoyment here is your arrival time – the site is open between 8:00am and 5:00pm and from around 9:00am as many as 80 tour buses a day will deposit holidaymakers from Cancun and cruise ships outside the gates. Arriving at 8:00am is best, otherwise wait until the end of the day.

In 1994 access to the site was redesigned so that cars and coaches could no longer park adjacent to the ruins, and a new car park was built about 10 minutes walk away. A shuttle now provides easy access (at a fee) for those unable or unwilling to tackle the flat and paved pathway. The modern and shiny-clean visitors’ center at the car park houses numerous souvenir shops in addition to cafeterias, refreshment stalls, toilets and telephones.

The huge number of tourists visiting the site today belies the fact that as recently as the 1960s the site was accessible only by sea. In fact this was how the Spanish came across the city during Juan de Grijalva’s expedition of 1518, at which time it was – uniquely among the Maya cities – still inhabited. Grijalva reports of the fortifications and buildings painted red white and blue, and compares the city favorably in size and stature to Seville.

Imposing as it may have been, Tulum was built around 1200AD as the Mayan civilization declined and lacks the elegance of earlier structures. For instance, whilst earlier Maya buildings typically had vaulted roofs, the ones in here were often flat and have consequently fallen much sooner. The layout of the site is unusually structural, with parallel streets surrounded by walls originally five meters high and seven meters deep. Most of the walls can still be seen, indeed the present day entrance to the ruins is as it was in ancient times, through a gate on western side of the fortifications.

El Castillo is the result of several phases of building. Steps lead to an upper temple featuring columns decorated with plumed serpents as seen in Chichen Itza and an indication of Toltec influence. It would also have been used as a watchtower, with visibility over land and sea. Beneath El Castillo is a small but perfect beach, where the Mayans would have landed their canoes.

The Temple of the Descending God is to the left of El Castillo when looking out to sea. Above the door of the temple is a stucco relief of a figure prevalent at Tulum, the upside-down winged god that also shows bee-like features. This figure is sometimes referred to as the “diving god” because of its position and the resemblance to a bee signifies the importance of honey to the Mayans.

The Temple of the Frescoes lies between El Castillo and the entrance to the site. Here fragments of color can be seen on murals depicting Maya life. Amongst the frescoes is a portrayal of a man on a horse, which indicates that these drawings were still being worked on after the Spanish invasion. (The horse was introduced by the Spanish and clearly had a disarming effect on the Mayans – originally it was thought that horse and rider were one being and later, when one of Cortés’s horses died, its skeleton was worshipped as a god). 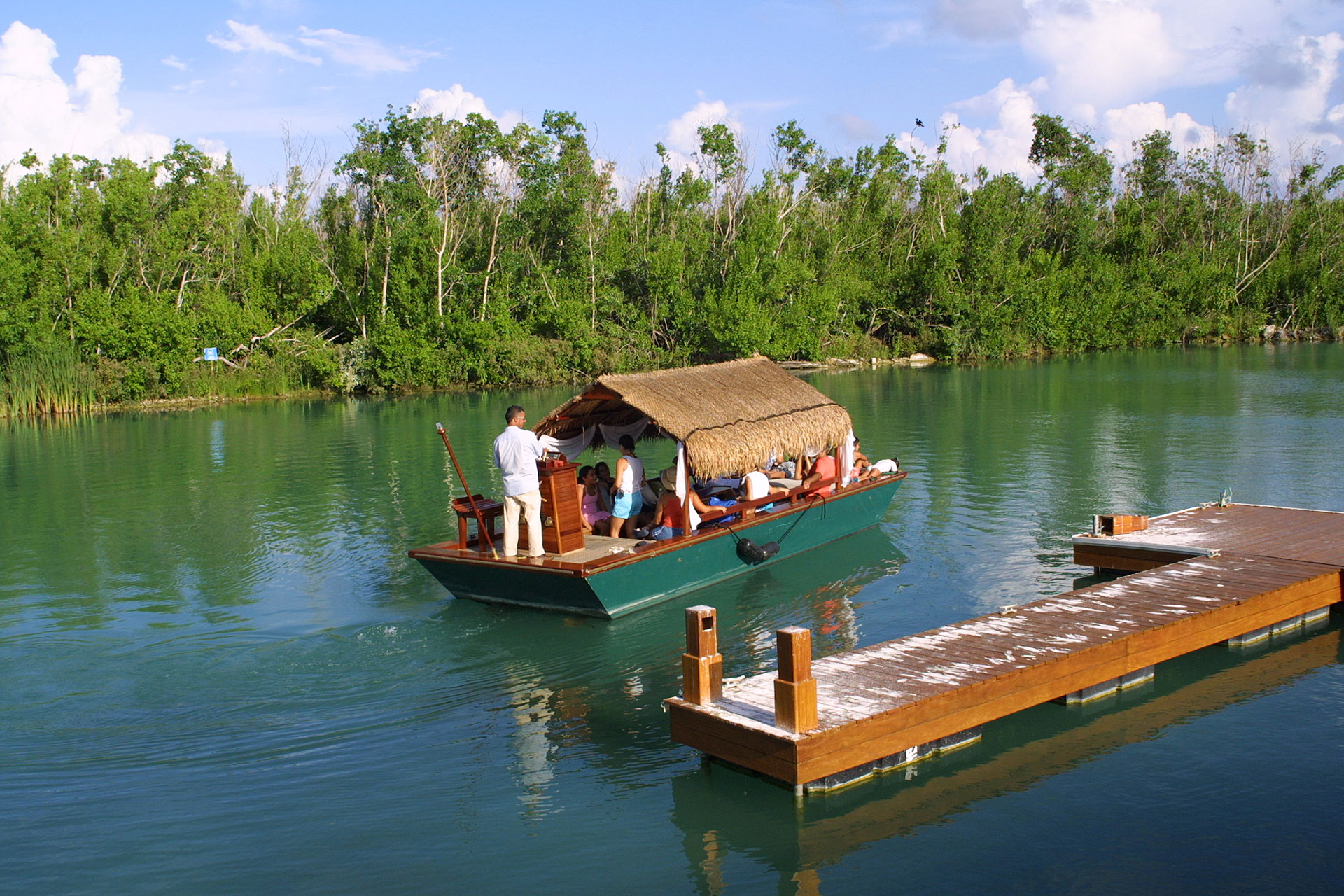 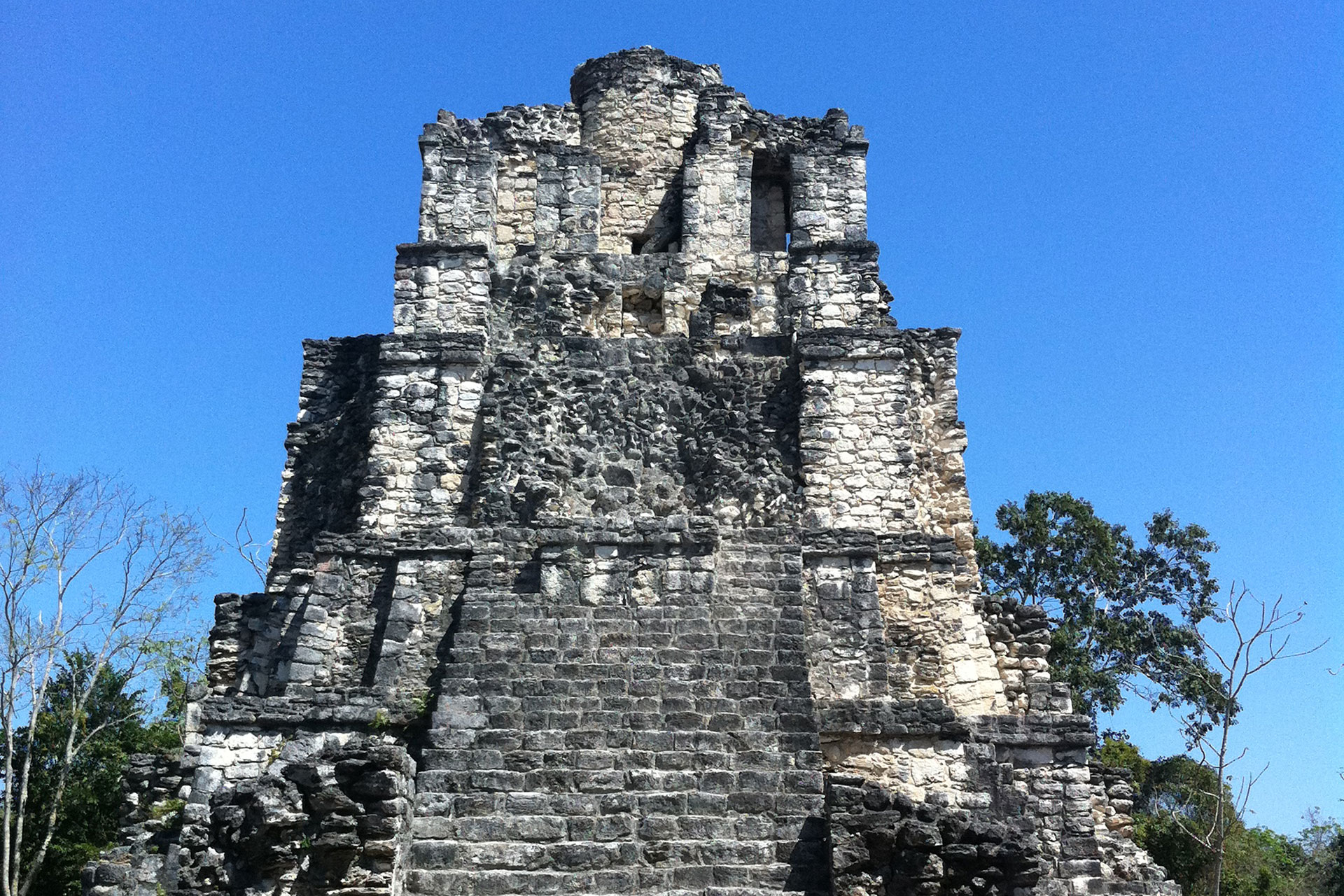 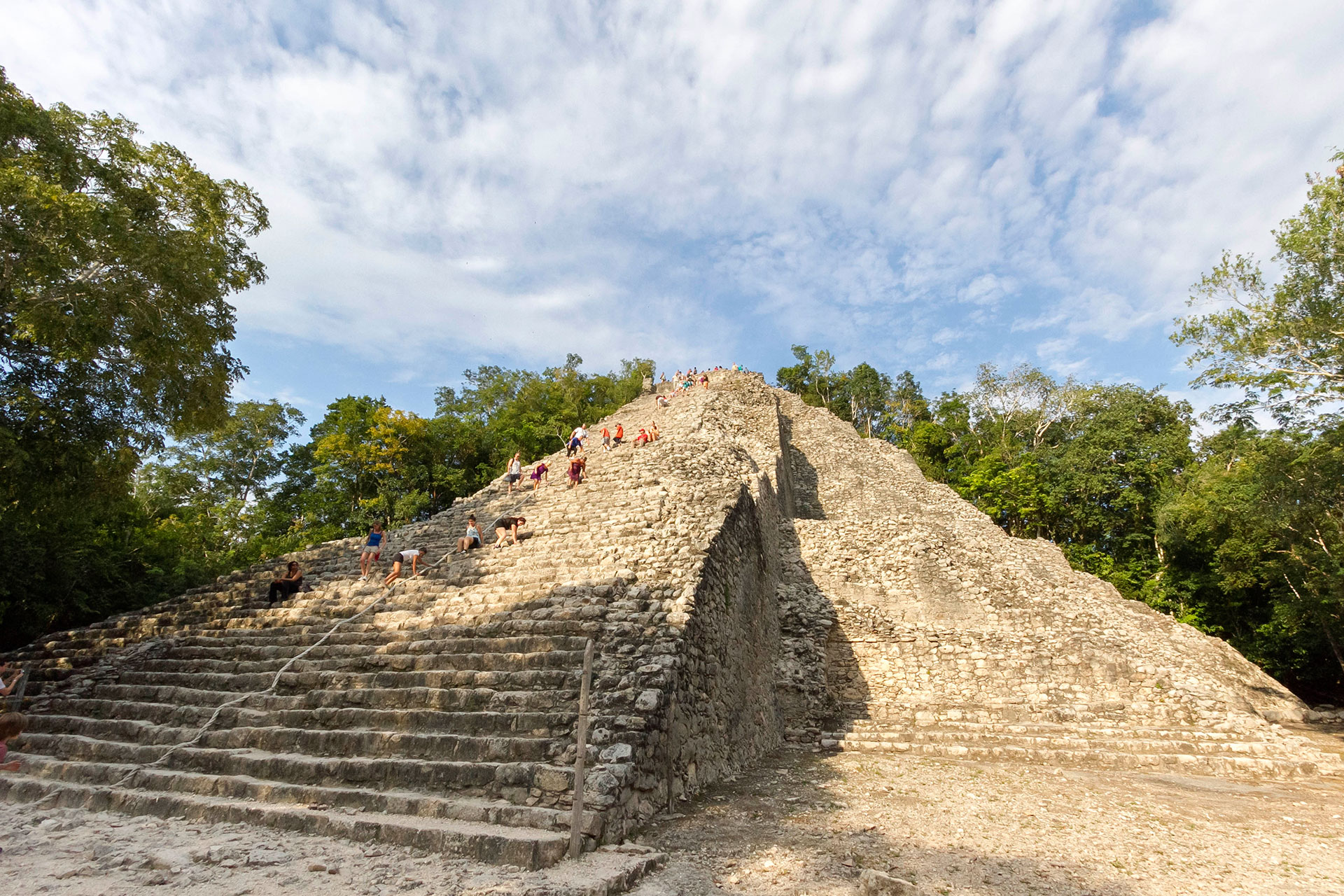