Around 700 BC, the Zapotecs flattened a mountain top to make a base for their city.

Spectacularly located on an artificially leveled mountain top, Monte Alban (White Mountain) overlooks the three valleys of Oaxaca. It is said to have been built by the Zapotecs as a ‘capital’ city to govern the area, hence its position and elevation. Of course, there were no natural water supplies, so that the effort required to level the site and move stone up the mountainsides must have been immense.

History. Monte Alban was founded around 700BC, when population growth in the area was sufficient to support a religious elite. It became the most important center in the area, and by 300AD had a population of about 50,000 – more than any European city at the time. Residential areas were built on terraces down the hillside, and all water supplies had to be carried up from the valleys.

Many early structures were razed or built over, one of the earliest structures known today is the “Monumento de los Danzantes”, featuring the first examples of writing found in the region. Intensive construction at the site continued until around 900AD, when the city began to lose political influence to other powers, such as Mitla. The Mixtecs began to dominate the Zapotecs, and Monte Alban, almost deserted by 700AD, became more of a religious site – the Mixtecs buried their leaders in elaborate tombs here.  Later invaders were the Aztecs and then the Spanish, who gave the city its current name.

The Site. Most of the structures surround a vast plaza, orientated north-south. There are large platforms to the north and south; you’ll enter at the north-east corner. To your left you will see the ball-court. Zapotec ball-courts differ from those of the Maya in several ways; there are no stone rings and the court is shaped like a capital I. The sides of the court were sloping, but experts think that these walls were used in the game and were not for spectators. There is no evidence of human sacrifices related to the ball game in the Zapotec culture. However, the game seems to have involved moving the ball using elbows and hips similar to the method of play used by the Maya.The Northern platform was probably the major structure on the plaza, though much of it is in ruins now and it’s difficult to imagine its original glory. There are several broad stairways offering great views of the valley. On the west side are two almost identical structures, with steps up to a platform and a walled enclosure at the base. There are remains of a four-tiered pyramid that would have been crowned by a temple. 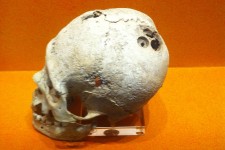 Between these two buildings is the Monumento de los Danzantes (the Dancers). The sloping faces are carved with naked human figures in strange positions, originally thought to be dancers. Their real significance is unknown, but the most popular theory is that they depict some sort of medical textbook – maybe this was a kind of hospital. Various deformities can be made out, and one figure is clearly a woman in childbirth. Date glyphs near the carvings are from about 600BC.  (In the on-site museum, skulls from the period suggest the use of primitive brain surgery).

In the center of the plaza are two constructions, the largest (in three sections) was a temple system that included tunnels to other temples on the site – presumably so that the priest could make sudden and magical appearances. The second building is the only one not aligned with the cardinal points and is thought to have been used for astronomy, hence its name ‘The Observatory’. In its construction, about 40 carved slabs from the Monumento de los Danzantes were used. There are depictions of rulers above glyphs representing place names, presumably a list of conquered towns.

The southern platform houses the tallest structure, an unrestored pyramid. This is the best place to take photographs and view the site as a whole.

Before you leave, visit the tombs just north of the main plaza, where the Mixtecs buried their rulers. Important collections of jewelry were found here, most notably in Tomb 7 whose contents are on display in the museum at Oaxaca. 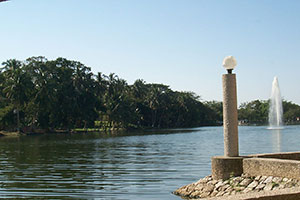 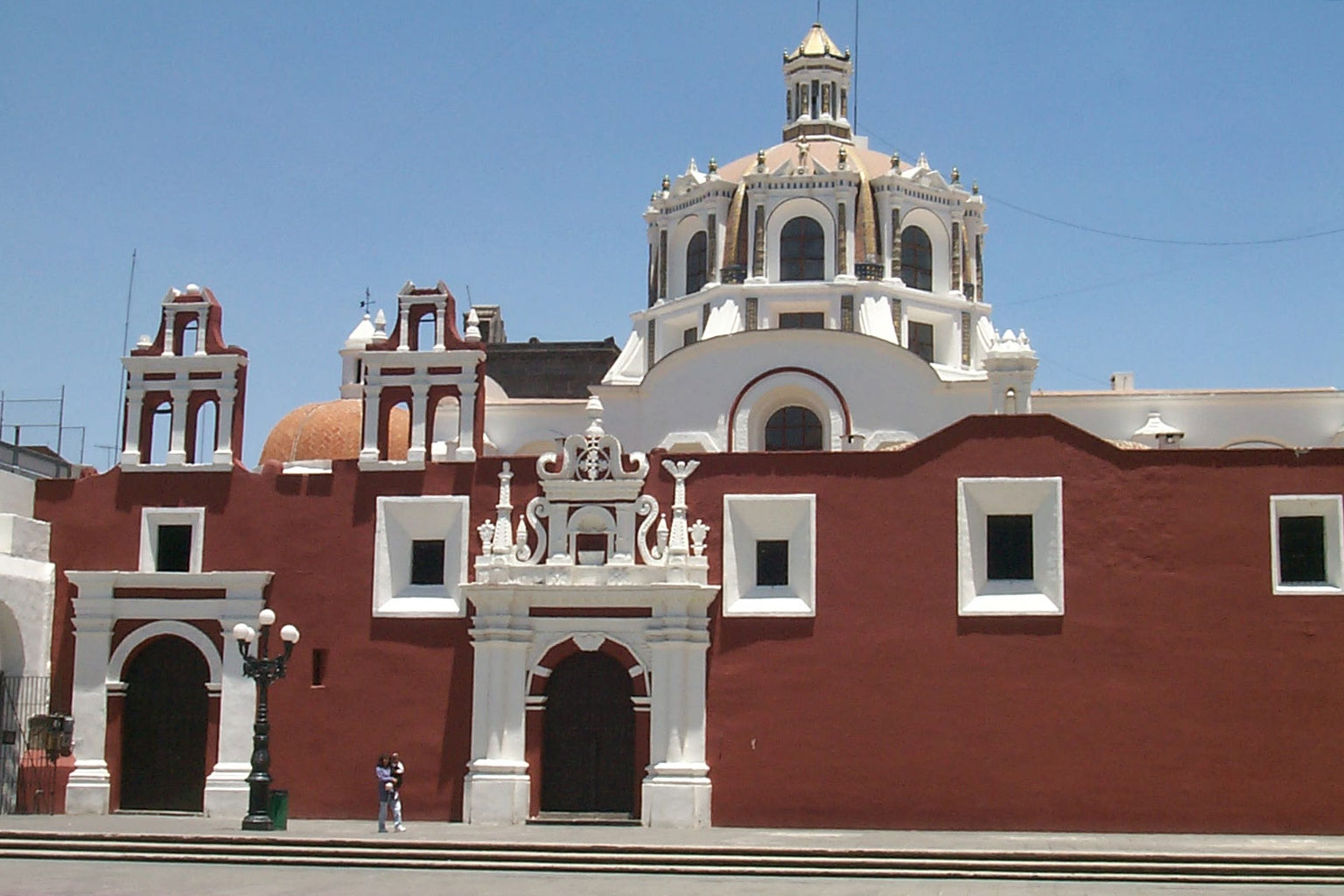 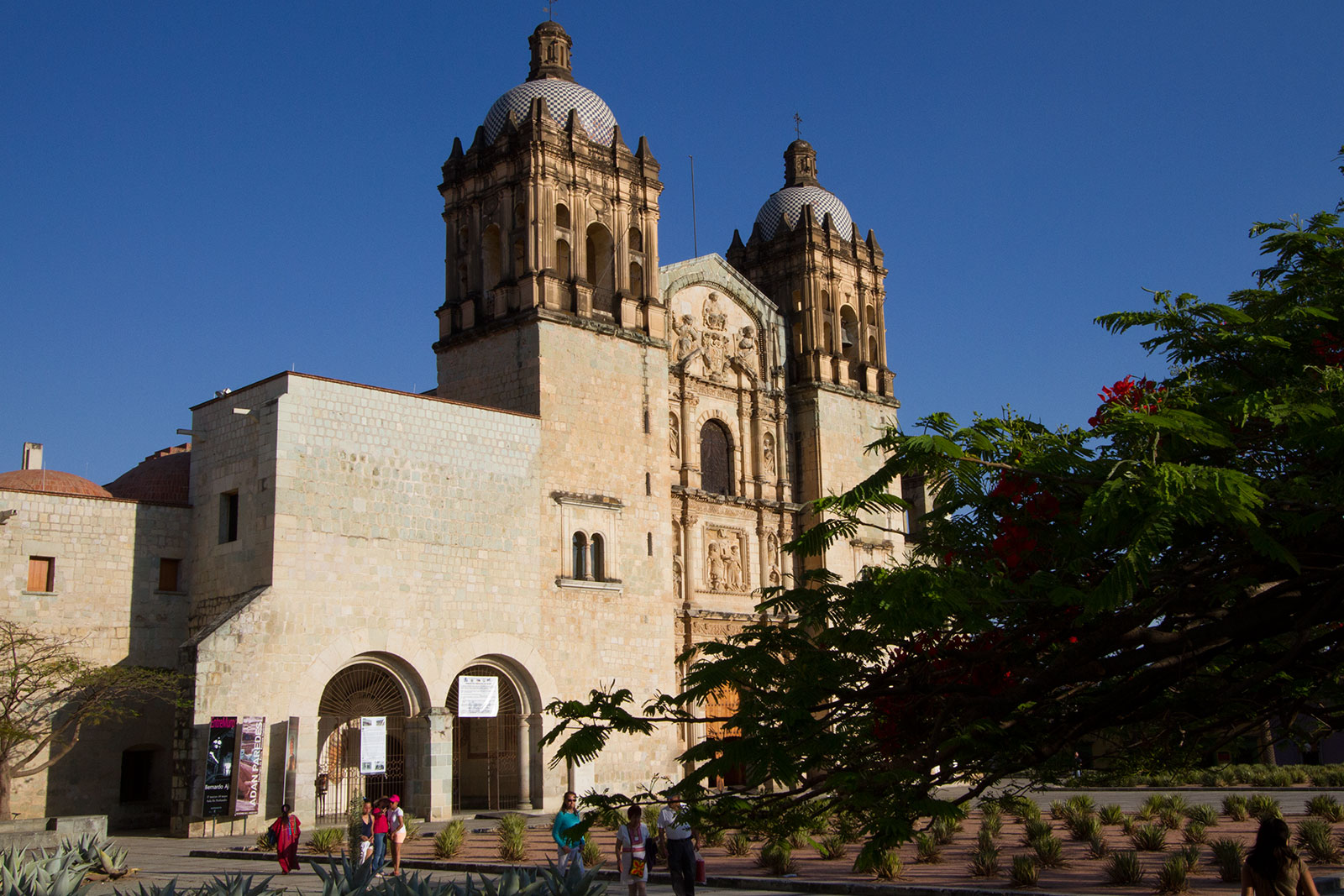